ALS, also known as Lou Gehrig’s, is a degenerative motor neuron disease which affects different nerve cells in the brain and spinal cord. ALS, and motor neuron diseases in general can cause severe health issues in individuals that are not only physically debilitating, but mentally as well. Such diseases can eventually lead to movement loss, psychological problems and death.

Many of today’s health issues can be healed by natural means and, of course, the earlier we start living a healthier lifestyle the better.

What is causing neurological disorders?

I believe there is a direct correlation, between our digestive system and what is going on in or brains (‘as above, so below’). When we become toxic below, things can happen in our brain which causes damage. So keeping good bacteria in our gut is very important for many purposes.

But the main thing I think is causing these diseases is metal toxicity. Being exposed to metal throughout our lives, such as cookware, metal utensils, pesticides and mercury fillings, all contribute to metal toxicity in our bodies.

Metal accumulates in our brain and throughout the nervous system and it blocks the synapse and the communication of the signals of the entire nervous system.

As you many, or may not know, there are scientific links between metals such as mercury and aluminium in mental health cases. Even simple symptoms such as depression, anxiety and trouble relating to others in public settings can be directly attributed to metal toxicity.

A raw food diet, juice fasting, water fasting and colon cleansing are all ways of metal detoxification, which can improve our mental and physical wellbeing.

Diseases such as ALS (which is receiving heightened international media attention thanks to the Ice Bucket Challenge) have recent studies supporting the role of a raw food diet in the healing process. These studies show that even after a short fast of 24-48 hours, previously deactivated neurons can start to fire up within the brain. As a result, our brains grow, thereby improving mental capacity, clarity and expanding our intelligence!

I’ve had a couple of clients who came to me with motor neuron diseases, both of whom struggled with simple activities that most people take for granted, such as going for walks, exercising and having the ability to think and speak clearly.

Both these ladies joined me in Bali at my, now called, Heal Thy Self Fast retreat. I asked both of these clients to try a juice fast and a water fast, so that we could detox their bodies of harmful toxicities, such as the metals our bodies absorb alongside other environmental pollutants.

These issues extend far into the field of motor neuron diseases as well, so logically if we could get rid of these metal toxins, we reasoned that a difference should be seen in the symptoms and troubles my two clients faced!

So off we went, in an epic David and Goliath battle where the power of fasting and raw foods came up against a big, bad monster… and the results? Watch my video to see how they went. 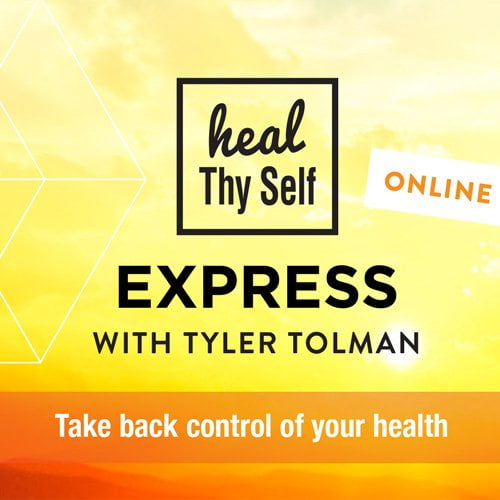