THE HISTORY OF CHRISTMAS | Tyler Tolman
Sign up for our FREE weekly web event!
JOIN NOW!

THE HISTORY OF CHRISTMAS

THE HISTORY OF CHRISTMAS

I want to wish you a very Merry Christmas.

And as part of this Christmas, I’d like to give you a gift of a little bit of knowledge and wisdom of where all these traditions actually come from.

Most people don’t realize why they go out and cut down a tree, set it up, put a bunch of red balls and all kinds of different things on here, and I just want to give you a little bit of truth and you can research this for yourself if you like.

So where does it come from?

Well, we have the story of Santa Claus wearing all red, being fat and happy and jolly, having a sleigh, having reindeer, having a big bag full of toys and gifts, coming down the chimney and giving it to the kids.

Believe it or not, it’s the actual truth of what used to take place, and you guys can research this. The northern parts of Europe and even Siberia is where reindeer actually come from. So yes, there is actually something known as reindeer.

And every winter time it would snow and cover everything in white, many, many, many, many feet deep. And for many hundreds of years, people lived in yurt-style homes, and in this yurt, the whole yurt would get covered with snow, and yes, there was a chimney there, okay, where they would have the fire, and they’d stay warm, and they’d have everything that they would need through the wintertime. And it was actually the local shaman, it was the local wise man, the local shaman, the local guide that was actually going around from house to house and providing experiences of growth, and connection, and fun, and happiness.

And how did the Sharman provide that experience during the winter time?

Well, he used to have reindeer and the reindeer used to go around, they used to love to eat these things called the Amanita muscaria mushroom, and the Amanita muscaria mushroom is also a psychedelic. It brings about experiences of joy, and euphoria, and potential hallucination, and if you can imagine being stuck in a yurt for three or four months at a time, and you know, having all the food and everything you need, what you would want is every once in a while just to have a different type of experience. And believe it or not, this Santa Claus shaman actually dressed up in really bright colors, just like the color I’m wearing on my head, because he was a shaman and it symbolized his connection with other realms.

And what he would do is he would actually go out and find Amanita muscaria mushrooms, which are big caps that are red, and he would find these and he would put them up in the trees because as the sun would come out, it would dry the mushrooms.

So he would literally decorate the tree with these mushrooms, all red and white, which if you look back at all the original ornaments, there are usually little mushrooms that are red and white. And then he would put them all into his big sack and he’d get on his sleigh because that’s how you got around because everything was snow, and his reindeer would pull him around and he would go up to a yurt and because the yurt was snowed in, because it’s full of snow in the winter time, the only way to get in and out was through the roof, through the chimney.

He would go down, he’d offer gifts to the people of an experience and guide them through a journey of healing, a journey of whatever it was that they did. I’ve never had that experience with a shaman before with Amanita muscaria mushrooms, but I’m sure it was potentially an amazing experience.

And then obviously the people there would feed him and would give him payment for his services as a shaman, and then he would go around to the other places. And this is where the entire story of Santa Claus and Rudolph the Red-Nosed Reindeer, because reindeer also eat the Amanita muscaria and have an experience.

This is where it all comes from, and I know that it’s transformed and what’s happened is the traditions of the Northmen and all the people that happened kind of because they kept the traditions, it kind of melded with the Christian traditions, and now we obviously celebrate that as the birth of Christ. And there’s a lot of symbolism there where, you know Christ died on the cross and the cross actually represented the four seasons of the year, and it was actually called Christos for a very long time, the actual sun. So our sun goes through four seasons and as it goes through the four seasons, it literally dies on the cross when it’s in its further north-most position.

From a little bit of south, the sun would literally dip down to its darkest days in some places where you can’t even see it, and then three days later, it would re-rise. And so we have these traditions, you know, that go along with this Christ figure, and I can go into a little bit more detail, but we’ll leave it at that. I hope this resonates with you, you look into it a little bit, but that’s kind of the traditions of setting up a tree, and decorating it, and putting gifts under the tree.

The gifts that were underneath the tree, that’s where the actual mushrooms would grow. So a little bit of fun facts, take it or leave it for whatever it is, but Merry Christmas.

I hope you guys have a lot of fun, I hope you have the capacity to be with family and really connect and have beautiful experiences, and then I’m looking forward to seeing you guys in the New Year.

Your Sneak Peek at This Community-Centred Village

Can I Eat During A Natural Colon Cleanse? 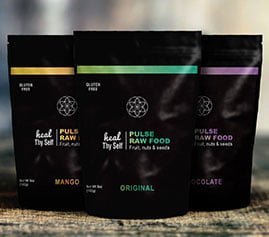 PULSE RAW FOOD offers you the tastiest detox or wholefood snack ever. Ready-made, delicious & all natural... 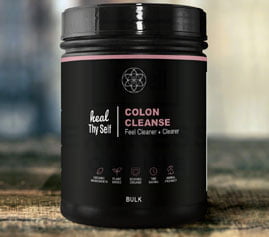