Back to All Countries Online Consult 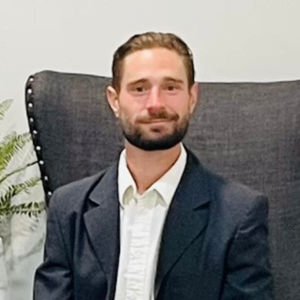 BOOK A TIME WITH Marcus​

Marcus’s history of healing began when, at just five years of age, he and his brother found their father face-down and unresponsive in bed. Medical reports later cited a cyst in his father’s right temporal lobe.

Thereafter in childhood, Marcus was quiet and apathetic, aside from occasional outbursts of anger and bouts of depression. Without a positive father figure, Marcus careened down a dangerous path of misconduct that included bingeing on unhealthy food and abuse of alcohol and hard drugs. After close calls with serious injury, unpleasant encounters with law enforcement, and narrowly escaping incarceration, he hit rock bottom. In hindsight, he now views this as good fortune because he had nowhere to turn but the opposite direction—up!

Soon, Marcus was treating himself as his first client, testing—and proving—the life-changing benefits of consuming a plant-based diet. Once his nutrition was on an upward trajectory, Marcus changed employment to parallel his unquenchable thirst for knowledge about healing. It was as a posture rehabilitation technician for a chiropractic group that Marcus first learned of The Tolman Method and the use of fasting to facilitate healing. Marcus enrolled in Tolman Health Coach Training and received his certificate of course completion in 2021.

Marcus is walking testimony that a polar shift in attitude and physical health is possible, in a relatively short period of time, simply by changing lifestyle choices. Marcus now enjoys perpetual reinforcement and gratification via the successes he leads others to have in self-healing.

His latest wellness venture is becoming a doctor of chiropractic. He is enrolled at Life Chiropractic College West in Northern California. 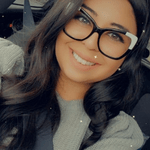 When I first spoke with Marcus I had just had blood work done and found out that I had low thyroid levels, I was pre diabetic and was low on vitamin c and d. Also was dealing with anxiety and stress constantly. I was prescribed medicine to help me whenever I had an anxiety attack. We discussed about different foods, exercises and breathing techniques to help me out. Almost a year later of following Marcus’ simple routine that he thought would help me out the most, I had more blood work done. I am no longer pre diabetic. My thyroid levels and my vitamins levels have increased tremendously. I have been off the medication to help me with my anxiety attacks for 6 months. It was one of the best decisions that I have made for myself. It was simple and easy no matter how crazy my schedule was I knew how to handle stress better by even just changing my breathing or simply taking a walk. Valerie 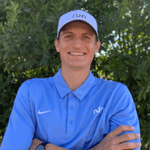 Marcus has really helped me in numerous areas of my life. For example, he has lately been my go-to when it comes to talking something through and expressing my emotions. He has always given me the space to intently listen and then respond with sound and objective wisdom. He has always suggested that I give fasting a serious shot and it was something that I did not take seriously for a long time. Recently, I fasted for 3 days and I am now beginning to realize the profound changes it can have. He has been my sole guide in this fasting process and now I fast on a monthly basis for about 3 days and each and every time(so far) I have come to profound spiritual epiphanies. Marcus even took his time to conduct an in-depth eye examination of my eyes. This examination of linking the eyes to my physical, mental, and emotional health was far deeper than I would have ever imagined. It was an insightful and healing process that was of immense value to me. ~With love Jordan 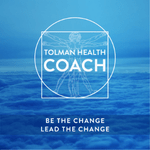 Marcus taught me how to eat healthy and take care of my mental health as well. I had not only lost the weight I decreased my blood pressure and was deemed by my doctor no longer pre diabetic. I believe whole heartedly in the Tolman program, without it I can feel the difference. I recently had a set back, but I know how to get back to where I want to be in my physical and mental health. Thank you Marcus for listening and helping me through a tough time in my life. I would recommend Marcus to anyone who is needing help in every way! Love Darlene 🙏

Please book by clicking on one of the options below & following the prompts.
Once you have booked, you will receive an email with further instructions.

Health is your number 1 priority with full support